The IMPROBABLE JOURNEY Of Khris Middleton...

Khris Middleton is lighting it up on the biggest stage possible, just 1 win away from the NBA championship. But his road and journey to this point is quite an interesting and improbable way of getting to the finals.
Let me give you the short version of the Khris Middleton story. What up everybody, my name is Stefan and this is Heat Check. Let’s get into it.
If you’re not a Bucks fan, you may not know that he was not drafted by Milwaukee.
In 2012 the Detroit Pistons selected Khris with the 39th selection, of course making him a second round pick.
But his rookie season was a rough experience. Of course as a second rounder he didn’t get a lot of playing time, and was eventually sent to the G-League to develop and try to get better.
Middleton ended the season for Detroit appearing in only 27 games with modest averages of 6.1 points, 1.9 rebounds and 1 assist per game.
At the same time, Milwaukee as the 8 seed were preparing for their matchup against Miami’s big three.
This is the famous moment for the Bucks culture when Brandon Jennings said that he thinks they are going to win in 6. (Jennings CLIP)
Of course, they got swept and the front office decided that this was the limit for this team.
So they decided to blow it up and rebuild.
During that off season, the Pistons and the Bucks made a trade- swapping their guards. Brandon Jennings was set to arrive in Detroit, and in return Milwaukee would get Brandon Knight, and as a throw-in, a filler to this trade Middleton was also included.
So for all of you that didn’t know, this is actually the unceremonious way of how Khris became a part of this team.
Regardless, from the moment he put on the Bucks uniform, he saw a lot of playing time and chance to prove himself on a young team.
That young and rebuilding team was not good by any means. Dead last in the league.
But Middleton made a big jump doubling his points per game so there was something promising there.
Oh and btw, this was also the rookie season of Milwaukee’s 15th pick of the draft. A guy named Giannis Antetokounmpo. Some greek guy I guess.
The next 2 seasons Khris continued to improve, reaching an impressive 18.2 points per game in 2015-16. So everything is going great right? Well, not exactly.
The following season that was supposed to follow the upward momentum and truly be a breakout year Khris suffered a scary injury.
During practice he slipped on a wet spot on the court and actually tore his hamstring completely off the bone, which apparently is a pretty rare injury.
He would miss a big portion of that 2016-17 season and only play in 29 games.
There was a tremendous amount of concern among the team for how Khris would be able to bounce back from that, and if he would have the same mobility as well as overall game.
But Khris has been nothing short of amazing ever since the moment he came back.
With averages of 20.1 points per game, 5.2 rebounds and 4 assists per game Middleton told everyone that he is that guy, securing a spot in the all star game 2 times in the last 4 years and with that becoming the first G-League player to become an all star.
And to top everything off, this year the Bucks finale broke through the Eastern conference and went to the finals, at the moment just 1 win away from winning the championship. With Khris as their crunch time closer most of the time.
Whatever happens, this truly is a full circle moment for Khris Middleton and his improbable journey to Milwaukee.
Let me know in the comments if you knew his story. That’s it for now, subscribe and talk to you in the next one. Peace out.

So proud of him same as Jrue and PJ.

Sthephen you should Have called board

kris middleton - the bucks most important player giannis- the bucks best player when a goat gets help when its IMPORTANT you get rings.

im so glad that giannis and the bucks won

Great success story. Just curious- at 03:27 - that should have been an offensive foul right? Pushing with the off hand

Middleton reminds me of Michael Redd

1:55 crazy he hit a game winner against the suns

Don't know why... but his game kinda remind me of Michael Redd ...

2:20 Jae Crowder on the Celtics

Why did i think Middleton is left handed? Lmao

I came here after he won the nba finals and at least one thing is constant, his humbleness. This character let you sometimes be overlooked but that does get noticed in the long run and you always accomplish great things.

lmao 1:13 turned that frown upside down

Giannis was dominating when Middleton came back from injury. But when he came back in, the assisst of Giannis rocketed esp with matthews that season

From G-league to Champ...

I like how this Bucks team was "homegrown" and not some artificial assembly of random stars. I get so tired of Lebron style superteams nowadays.

This is what the lakers were expecting from kuzma :(

I’m a Boston Celtics fan but I like Khris Middleton. He’s story is truly inspiring and he’s one of the nicest guy in the league.

this is what happens if you do things the hard way, unlike kd. his ring is worth more than any of kd's rings. coming from a warriors fan.

Middleton game on another level this season..

At least he has a ring now

They way Giannis and Middleton developed is beautiful man

Aaand as of the moment he's an NBA champion

He's a Champion as we speak

This whole team has a bunch of stories. Middleton started in the G-League, Giannis went from living in a small apartment with his fam to one of the best under a decade, under appreciated Jrue that got his FIRST all defense recognition despite being the best guard defender (credited by KD, Dame and many other stars), PJ tucker, and Brook Lopez..... these guys worked their whole life for this. Its pretty amazing

How does Detroit always get rid of their best players or those with the most potential? 😂😂

Roulette Jordan is a champion now.

The closer of the series

damn! Giannis, Kris, Jrue, PJ are all humble dudes with no egoes.

great story... i always waiting for your content 🥰🥰🇵🇭

And the rest is historical.. Giannis and Kmid is a CHAMPIONS NOW.💪🏆🦌😛

Please for part 2 of middleton !

I knew he was drafted by Detroit but didn't know that he went to the G-League and then got traded to Milwaukee. I thought he signed with Milwaukee. BUT HE GOT A RING!

It's his humility that intrigues me.

I am here after Bucks won!!!

Cool. Thanks for the info Stephan

Khris and Giannis have 2 of the most insane stories in the league. Then they won together... Deserved

And he's an NBA Champion

He May be inconsistent but he's clutch.

Was really rooting for the Suns and cp3 😢😢

He was playing like Chris Paul in the finals😲

props to you, a bunch of dumb comments in your video win the Suns were up 2-0 and folks said the Bucks were finished. You told folks to wait and see.

and an NBA champ

AND NOW, A CHAMPION

Khris decided to be an allstar.

From being a G-League player to being the World Champs!! Congrats Bucks, ya'll deserve it

Damn, from the G-league to being an NBA champion!

Update: G League to All Star to NBA Champion🤘

he won a championship.

He won a championship rn

He just won the finals🙌👏

AND HE NOW HAS A RING

I know that he's drafted by the pistons but what i didnt know is that he was part of knight-jennings trade, imagine picking some players on your roster to thrown in to a trade then he became the best player on the trade lmao.

I did not know that about Khris. Dude is solid.

Great narrative. Love the video. ...and the follow through. 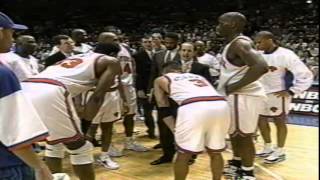 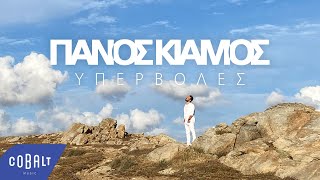 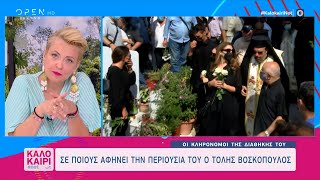 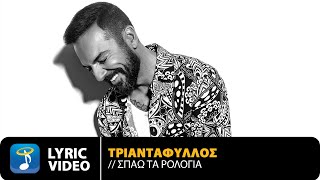