7 ROLE Players Who Went BEAST MODE In The Playoffs

While superstars ultimately win games in the playoffs, the supporting cast is just as important for the success of a team, and today I wanted to shout out a few role players
who took their game to the next level in the postseason.
What up everybody, my name is Stefan and this is Heat Check. Let’s get into it.
Starting off with Dillon Brooks. Although the Grizzlies lost in 5 games way back in the first round, Memphis did play 2 more games in the play-in tournament as well, and to me that was more than enough to notice the intensity both offensively but especially on the defensive end by Brooks.
He scored 8 and a half more points per game, but as impressive as that is, look at some of the defense that he played. Chasing Steph Curry all over the court in that deciding play in game. This sequence is even tiring for me to watch.
He also shut down Demar Derozan in that 9 vs 10 matchup and you can see some of that lockdown defense here. And not to mention the fun back and forth that he had against Donovan Mitchell.
All in all he’s become one of my favorite players to watch, and I would definitely have him on my team. There is little to no coverage of the Memphis Grizzlies and when there is, the focus is on Ja Morant, so I just wanted to highlight a player who I feel is extremely important for the success of that team. The future is bright for them however, so I expect a lot more national TV exposure for this squad, and with that hopefully people will get to watch the energy on both ends of the court that Dillon brings every night.
Next, we have Derrick Rose. From the moment that he was traded to the Knicks midseason, he completely turned this team around. It culminated with them unexpectedly climbing to the number 4 spot in the standings.
Besides the almost 5 point jump from the regular season, the reason why I’m putting him on this list is because Derrick was the main scorer for the Knicks and at times the only one who could consistently get buckets for this team. Especially with the total collapse of Julius Randle who despite being voted most improved player, disappeared in the playoffs shooting a catastrophic 29.8% from the field.
The Knicks desperately needed some boost, and midway through that series Rose was moved from the bench to the starting lineup as it was obvious that he needed more playing time.
Although New York lost in the first round, Derrick’s heroics especially from game 2 where he single handedly won it for the home crowd will definitely be remembered.
Let’s now move on to a player that’s still in title contention.
Reggie Jackson took his game to a whole new level scoring more than 17 points per game, up from 10.7 in the season.
He is also extremely efficient at 50.6% this postseason, which is quite a bit better than his 45% from the field that he shot during the season.
Jackson had some clutch moments both against the Mavs as well as Utah in the second round. This is on brand as he’s never been one to shy away and be afraid of the big moment.
Ty Lue will need Reggie to come up big in the conference finals as well for the Clippers to prevail against Phoenix.
And possibly the biggest explosion in these playoffs and the biggest jump from the regular season was made by Seth Curry.
Just look at these numbers: Almost 19 points per game, up from 12.5, but then look at the shooting. Almost 58% from the field and you know that’s all on jumpers, he’s not a slasher to the basket and he’s definitely not gonna dunk it. Which of course makes this number that much more impressive. To top things off, dude shot a blistering 50.6% from downtown, on high volume of shots and with his phenomenal play Curry single handedly made the entire Dallas Mavericks organization look bad for swapping him for Josh Richardson.
I feel like playing alongside Joel Embiid is a perfect environment for Curry and seeing how he could take on a bigger responsibility and provide scoring- things could open up for a similar type of jump next season as well.
At the end I also wanna give a shoutout to a few players for their single game explosions.
Terrance Mann went off for 39 points against the Jazz to clinch the series in game 6. He’s a 7 point per game guy in the season. That’s crazy.
Also Jeff Green had that memorable game 5 against the Bucks going crazy from downtown. 7 for 8 on threes for a total of 29 points.
And lastly the most fresh is Kevin Huerter’s hero game 7 where he kept the Hawks alive until the 4th quarter with his 27 points and ultimately helped get Atlanta in the conference finals.
Hopefully you liked this video. Let me know if I should also make one about the biggest disappointments of the playoffs. And trust me, there are quite a few candidates. That’s it for now, subscribe and talk to you in the next one. Peace out.

1:52 Derrick Rose traveled because when you stop the dribble and you step firstly on one foot and then on both feet you cannot have any pivot foot.

Dillons brooks is a good, but very dirty player. Even the grizzlies fans don't like him much cause he bricked those forced shots incrunch time

You know that the sixers really are screwed when the guy whos making 8m a year is outplaying 2 of their max players. Especially the guy who was supposed to be the second star next to embiid. I guess seth deserves a better contract next time.

wait...what? is dillon brooks a role player? i'm afraid not.

KP be on the second vid

Make a video about Kevin Huerter, that kid is on real beast mode

Brook is at least 2nd in grizz roster. And no1 atm imo. Not legit pick for 'roleplayer'.

What about suns players

Meanwhile Joe Harris couldn't buy a basket in the playoffs. Talk about someone who shoots 46.7% from 3

Where is cameron payne? Come on now

Legacy of the superstars often stands on some overachieving role players.

Make a fg% for your shots at the end

You forget about Cameron Payne

Doc rivers surely belongs on the disappointments, for the second season in a row he keeps giving minutes to a backup center that should not be on the floor

What a waste of video time.

GO for that video! Awesome content! Greetings from Spain!

Shoutout to Stephen who praised the Seth Curry trade. And also Terrence "The Man" Mann.

as a Jazz fan, he really hurt my feelings! 💔

Yes make a video about the biggest dissapointments, but wait until after conference finals! Lets see what george paul does the rest of the series.

Should do another disappointing player throughout this playoff, they could form a starting 5 in China already

@devon olson its a japanese skin lightening lotion fer.la/18. It says in the article the african american hollywood celebrities use it because it easily changes their skin color from dark skin to light skin mixed race,however they deny it. I guess they deny using the lotion because they want people to think they are naturally light skinned and not bleaching their skin lighter,they should just be honest.

wheres the vid on game 7 nets and bucks bro, literally one of the best games last 20 years. TALK ABOUT IT PLZ

Your videos are always worth watching man

Yes I want it too

Yes make a vid about most dissappointing players during this playoffs, please.

did you just call Dillon Brooks a role player?

The people want to see the dissapointments video

of course, biggest disappointments is a must💪💪🤟

We all joke about seth curry but he's a beast. Seth is a tier or so behind steph in terms of shooting and that's saying something. In the Hawks comeback games, seth was the only one to show up

Where's my man ben simmons at? Greatest playoff run for the hawks ever. Oooh, 2 miss free throws for every 3 free throws. MJ could never

Do you know what a hot take is?

Brandon Clarke is tough too

Yes. Please do a disappointment video as well.

The Heat 'BEAST MODE' Check!!! and yes to the most disappointing players/teams pretty please :)

It's sad to see Derrick Rose being mentioned as a Role Player, injuries should be banned

Reggie Jackson doing the same thing like in Detroit

OMG please do the disappointments one. And I don't care if is one hour long

Heat Check : Disappointments gonna be a feature film franchise like Fast and Furious

We need a disappointment one

We want the disappointments too

One more shot and youre on fire!!

All good but I would add pj tucker to this list. Dude's defence on kd was amazing

Wait Dillon Brooks averaged 17 points per game in the regular season. Why is he then considered an all-star?

You should do the exactly mirrored thing. Players who went sleep mode in the playoffs.

You always crack me up. Bring the disappointments list.

pg13s free throws at the end are nc17

As a bucks fan I’m very disappointed that u didn’t make a video for the game 7 vs the nets...u made only for game 6...

Great video! Role players deserve praise when they step up!

Dillion Brooks is not a role player!!

the disrespect, where’s deandre ayton? he’s arguably made one of the biggest impacts on a team that’s still standing aspiring for a championship

make a video of John Collins, that brother is especial.

Huerter logically included in this list. But I think he stands out, in that he has All Star potential and the others don't. I really look forward to this guy's career. (Reggie Jackson also a hell of a player btw.)

Dillon Brooks really improved as an all around player. His fouling is an issue at time but that just comes with the intensity. DB is one of the few guys around who at times is too intense

Rose needs to cut his hair back to his mvp season

No way! The post-injuries Rose is like Samson! 😅
Επόμενο 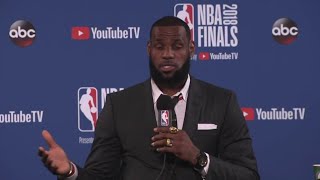 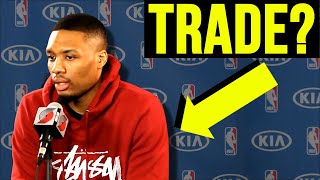 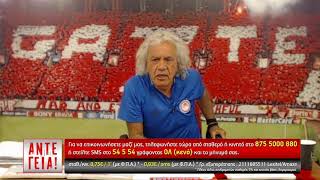 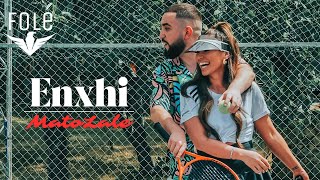 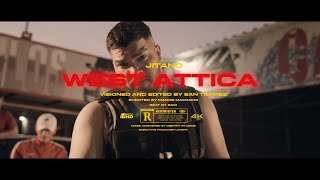